Matthias Jenzer, CEO of Quilvest (Switzerland) Ltd., explains in the interview with Jeffrey Birds how he is hedging against the eventual bursting of the current stock market valuation bubble.

Mr Jenzer, the name of your employer Quilvest, is directly related to the Argentinean beer brand Quilmes. Is the beverage industry still attractive?

The Corona crisis – accompanied by the new phenomenon of lockdowns – is also hitting the beverage industry hard. In this sense, a formerly crisis-resistant industry has become a cyclical one. Consequently, the shares of the major beverage groups have fallen sharply in value and are struggling to rally. This is also linked to fashion trends. However, assuming that the Corona crisis is diffused in the short-term, then the sector remains fundamentally attractive.

What do you mean by fashion trends?

In the current market euphoria, you have to be careful how you interpret the movement in share prices. The unprecedented intervention by the Fed and the ECB first surprised people and then led to an overreaction of the markets. In addition, flows from retail investors in huge sums are playing an increasingly important role. Symptomatic of this are free brokers such as Robinhood and others making grand claims about the markets. Even professional traders are sometimes at a loss to explain certain market movements in the current environment. Technology and pharmaceutical stocks are currently in fashion, while more boring sectors such as beverages are out – this is typical for times when retail investors are in charge.

Is the reason for all this volatility really the Robinhoods of this world?

It is certainly part of the story, but by no means all of it. In the beginning there are always the professionals, who usually move in a herd mentality, all in the same direction, which in the end effects their customers. If you called ten people and said we were buying AB InBev or Heineken, they would say: “You’re crazy”. Instead, the conversation would immediately shift to whether Tesla, or perhaps Apple with the introduction of the iPhone 12, would be the best investment right now. After all, when ordinary people like you and me look at the charts, and everything goes from the bottom left to the top right, we also get in with the herd. The fact that this effect is so strong, especially in the US – has never been seen on this scale before. This may have to do with the fact that people still trust the central banks, since in the end of the day they have done a decent job.

Is it possible to ride the wave of IT and healthcare stocks even further?

A principle of my career has been – If you have the feeling that something just doesn’t make sense, then it doesn’t. At some point, the market inevitably drops, and it starts to get ugly. But until the reversal starts, it usually takes much longer than you think.

Many people bet on Gold as a hedge. How do you think that has worked out?

Gold is a pretty complex issue. We held a Van Eck equity ETF, for a long time. We based our strategy on the well-proven premise that Gold reacts very strongly to changes in interest rates, but not to inflation… that has proven to be a fairy tale. If you want to dare predict the price of Gold, you have to make an estimate of where the real interest rates will be for the next two or three years. If they fall, then it was very wise to move into Gold. If not, then you need to get out ASAP. People have understood that US interest rates will stay at zero until at least 2023. The intention is no longer having a way to keep the lid on inflation, but rather a tacit acceptance of average inflation for years to come. Anyone who now thinks that interest rates will remain at zero for the next three years is completely wrong. Interest rates will stay precisely where they are – if not forever – then certainly for the next five to ten years. In places like Europe and Switzerland, they could fall even further.

“Every company that grows is expensive at the moment.” 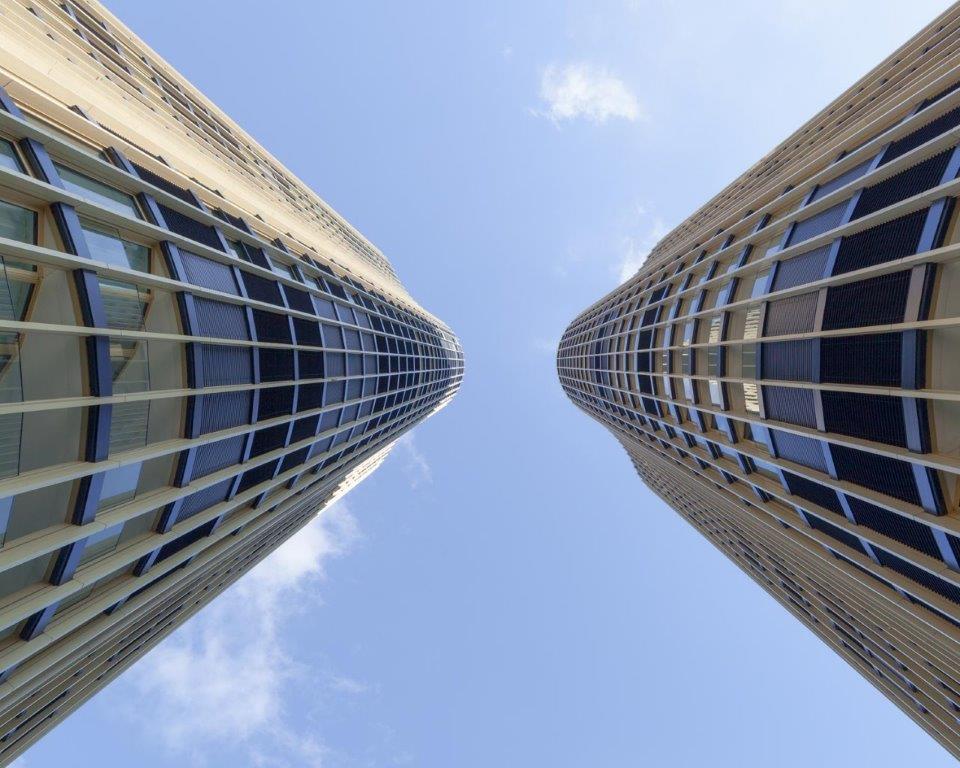 Does that mean that real interest rates could actually become negative?

Yes, in other words, the US Federal Reserve could consider the economy to be so fragile, that it would not risk tightening fiscal policy too soon by raising interest rates. This is exactly the reason we are such big fans of Gold.

What is the percentage of Gold in your current investment portfolio?

We have holdings across most major sectors. Including Gold Bars in the vault of a Swiss bank or ETF for clients who are not quite so “old school”. Some clients also have individual stocks, for example, from Barrick or Newmont Mining. In the Balanced Account, with a 50% shareholding, we hold 6% gold mining shares, which equals approximately 15% in Gold, as the shares are about 2-4 times more volatile than the price of Gold, given the overly optimistic market valuations.

Do you not expect another Covid induced market crash?

We do not expect another generalized international hard lockdown. The economic damage from the initial lockdown was massive, and the world is now in a much less favourable position than it was in February. Politicians are, therefore, regrettably better prepared to accept higher mortality rates. From this point of view, the risk of recession is not significant. In the EU there is a substantial economic stimulus package on the way, and even in the US, regardless of the outcome of the current elections, a generous stimulus package will still be signed into law.

Is this regardless of who wins the election?

Yes, it doesn’t matter who wins. Even if the stimulus is delayed, there is still the confidence that the central banks will once again come to the rescue. The bull market, as I said, is driven by tech stocks, not the overall economy.
So then how do you differentiate between them?

Basically, we are not big stock pickers. Still, we recognize that there remain major disparities even within the tech sector itself. We understand the dynamic nature of this market and bring in, as a key component of our strategy, the quick responses of our fund managers to constantly shifting market conditions.

Is there still something to be said for geographical diversification?

We have been active investors in the Chinese tech sector and have seen first-hand how brilliantly our investments have done over the last fifteen years. A major reason for this is that when China gets into trouble in an important sector, the government forges a plan and injects the necessary capital to not only revive the industry, but establish Chinese companies as global leaders.

Is this true even in IT, where entrepreneurs seem to dominate the government?

Without government, nothing works in China. That even applies to major companies like Tencent or Alibaba. IT is in trouble in China because of the trade wars with the US. They are dependent on access to new computer chips. That is the greatest fear, and it is growing all the time because the Americans are gradually cutting off supplies. This is seen as a problem in China, because it wants to become the leading world power, and without state-of-the-art chipsets that might not be possible. So everything must be produced in China. Not coincidentally, a few days ago, the 40th anniversary of Shenzhen was celebrated as a “Special Economic Zone”. For those who have experience with Chinese technology over the last couple of decades, it seems highly probable that the future government initiatives will include a massive upgrade of the Chinese IT industry.

Who benefits from these grandiose government plans?

A great deal of money and knowledge is now being put into these initiatives. Everything that the state has previously done for military purposes only, is now being leveraged into the private sector. Shaking hands with the Chinese government has proven to be a brilliant investment formula over the past fifteen years. If you want to make money on shares in the next few years, you have to follow China. There are still few dedicated products so far, but there is still time for more. Unfortunately, the US-Sino trade war will remain a key component in keeping China under pressure. This war will continue as long as strategic power is at stake. The next five years will not be calm at all, but rather a nerve-racking time for everyone. From a long-term perspective, however, the Chinese will do everything they can to promote their technology sector domestically and internationally. The cost doesn’t matter, which in turn could lead to more American pressure on them than before. In the end, what we usually see is that the rest of the world is lagging behind China. By the time the rest of the world notices, China is generally already so steeped in the present, that there is little competitors can do to change that.

Somewhere in in the middle of all that market volatility lies Switzerland. Does it make sense to invest here?

Switzerland has a considerable advantage. Relative to the rest of the world, the country is governed brilliantly. Nowhere else does democracy work so well. The other side of the coin is that the currency is expensive. For the near term, it appears that things will remain so, even with the appearance of negative interest rates. Switzerland has already shown, in dealing with the “Franc Crisis” in 2015, that it has an extremely competitive export industry. With so many companies doing so well, people started talking about Ems-Chemie, or Givaudan. In Switzerland, too, there are many pearls in the mid-cap segment.

So are you saying that it is still worthwhile to hold these tech shares in the long term?

The same applies here as for Apple, Tesla or Netflix. The shares are all incredibly expensive. In the long term, as long as these companies can achieve sustainable growth, we hope that one day they can deliver on today’s overinflated valuations. The reality is that everything with the slightest potential for growth is costly at the moment. Ironically it is the central banks who have made it de facto so expensive and will probably make it even more expensive going forwards.

“Switzerland has a considerable advantage. Relative to the rest of the world, the country is governed brilliantly. Nowhere else does democracy work so well. The other side of the coin is that the currency is expensive.”

This website uses cookies to improve your experience while you navigate through the website. Out of these cookies, the cookies that are categorized as necessary are stored on your browser as they are essential for the working of basic functionalities of the website. We also use third-party cookies that help us analyze and understand how you use this website. These cookies will be stored in your browser only with your consent. You also have the option to opt-out of these cookies. But opting out of some of these cookies may have an effect on your browsing experience.
Necessary Always Enabled
Necessary cookies are absolutely essential for the website to function properly. This category only includes cookies that ensures basic functionalities and security features of the website. These cookies do not store any personal information.
Non-necessary
Any cookies that may not be particularly necessary for the website to function and is used specifically to collect user personal data via analytics, ads, other embedded contents are termed as non-necessary cookies. It is mandatory to procure user consent prior to running these cookies on your website.
SAVE & ACCEPT