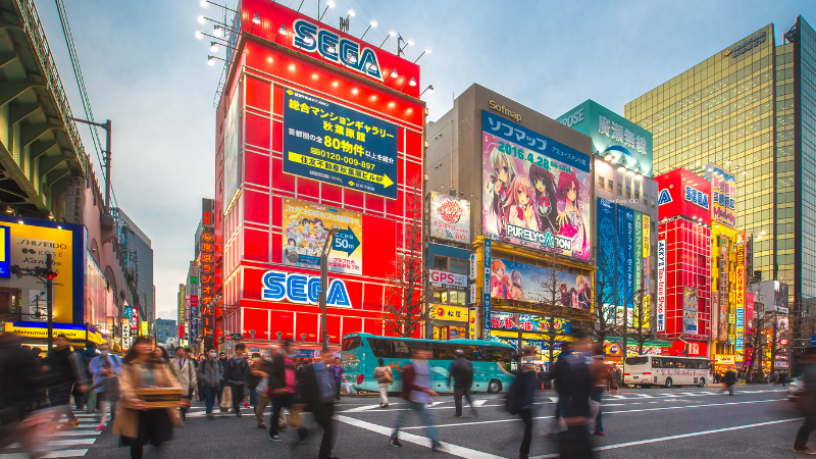 This article appeared in the Swiss newspaper Neue Zürcher Zeitung.

Many institutional investors do not have much confidence in the Land of the Rising Sun. This opens up a lot of room for investment opportunities and perhaps some positive surprises.

Globally, growth stocks were responsible for setting the tone for the past few years on the world’s leading stock markets. Between the corresponding indices of these markets, however, developed a huge gap, indicating the willingness of investors to pay a higher premium than ever for growth opportunities. The pandemic has not diminished this trend. In fact, quite the opposite. It has only increased demand for stocks in companies with growth potential.

US growth stocks hit the ceiling

Investments in classic growth sectors such as technology or certain segments of telecommunications are still high on the agenda. On the other end of the spectrum are the decreasing value of traditionally solid industries such as the financial sector, which will continue to struggle for the foreseeable future due to record low-interest rates – which may even dip into negative values in some countries.

With a rather sombre economic outlook and negligible inflationary pressure on the horizon, companies with growth potential remain in significant demand. Although valuations remain very high – it is still too early to classify it as a bubble. The past months have shown that despite extremely adverse conditions, many of these companies have achieved impressive turnover and profit figures, at a time when more traditional market sectors are struggling.

Nevertheless, one has to state, that the well-known US companies from the technology and communications sectors, have volleyed past their rational price ceiling. It actually takes a healthy dose of courage to invest in some of these stocks at their current value.

Fortunately, growth stocks also exist outside the US, and are not necessarily based on the tech and communications sectors. Investors have ample opportunity to find unpolished gems among the growth stocks in Europe and Japan. As opposed to the US, what makes these economies attractive is that they are rather low-brow.

When evaluating Japanese companies, one must take a very differentiated view

The Japanese market in particular is quite interesting. The growth gems found there are valued far more favourably than their American counterparts. The Japanese stock market is still lagging behind US markets despite the stimulus efforts of Abenomics and negative interest rates.

However, when evaluating Japanese companies, one must take a very differentiated view, since the stock indices are heavily influenced by values of substance. When comparing valuations from the Japanese growth sector to their global counterparts, one is surprised by how well they have actually performed.

The Japanese economy underwent a shaky second quarter, mainly due to the Coronavirus. While the third quarter recovery was solid, the latest wave of COVID-19 has transformed that nascent economic recovery into an unexpected slow-down.

As Japan and the rest of the world look optimistically at bringing the virus under control in 2021, one would expect a corresponding economic recovery in the Land of the Rising Sun, despite structural problems, such as the ageing population, that further affect economic development. 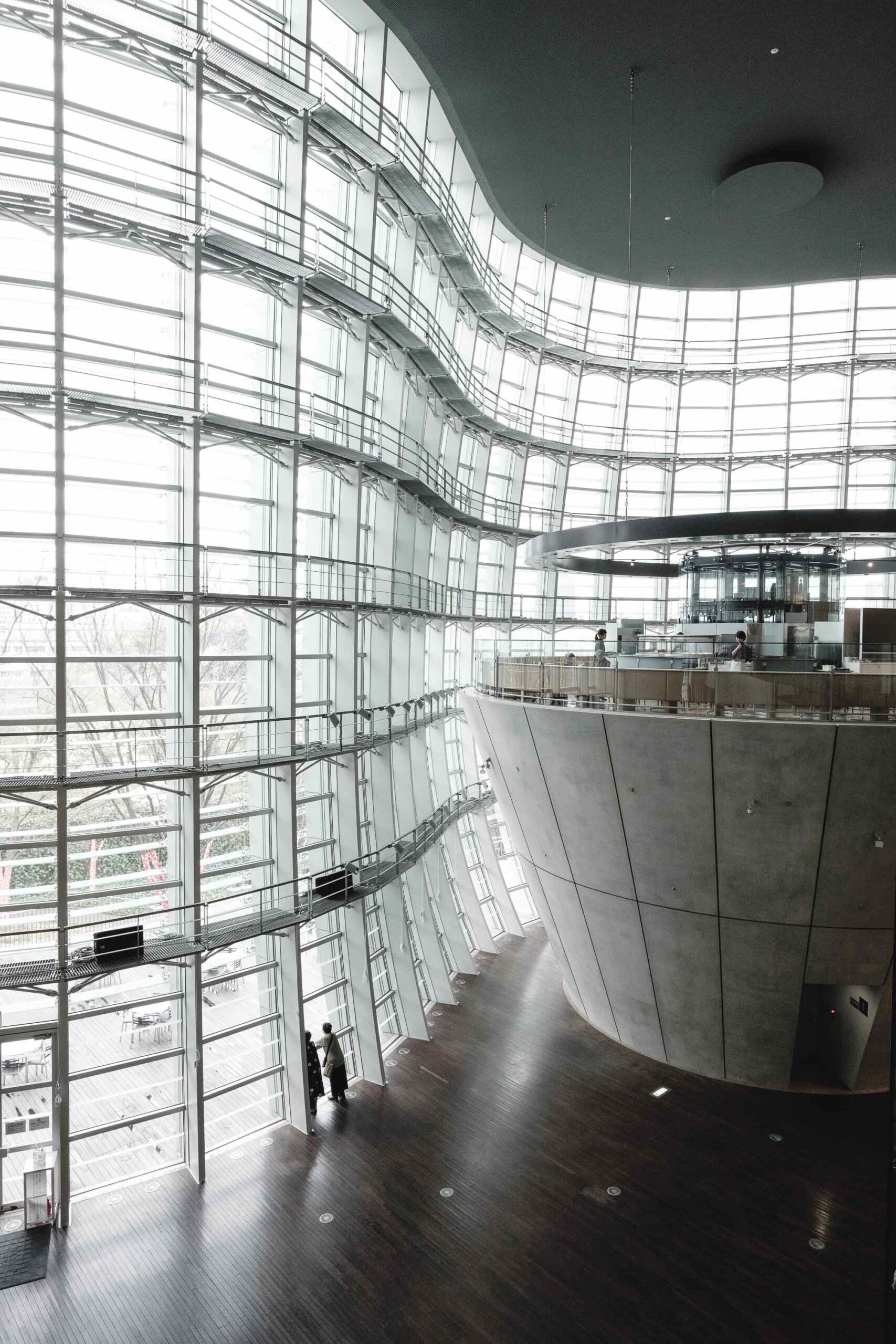 After studying the real market data and analysing the potential for economic recovery, however, the solid performance and significant growth in turnover and company profits can lead to many positive surprises.

Consumer sentiment on the rise

The launch of COVID-19 vaccination programs has increased consumer confidence. This trend should also positively impact companies as the increase in private consumption should encourage company investment to expand capacity to meet this demand.

As an economy that is tightly integrated into global trade, Japan will benefit next year disproportionately from the global economic recovery. Their geographical proximity to China – the world’s fastest-growing economic powerhouse – is also a big plus. It is expected that the Japanese Central Bank will continue and even intensify its massive support for the economy through monetary and other fiscal policies. As a consequence, one can expect a hesitant yet willing lending policy from Japanese banks.

Overall, we expect a general recovery of the Japanese economy. In particular, the disproportionately strong sensitivity of Japanese corporate profits to the expected recovery of world trade is a sign of confidence. The current quarterly reports for many Japanese companies show surprisingly strong positive earnings, which further fuels our optimism.

The consensus is for aggregated growth of profits in the Japanese market to reach 30% in the coming year. Based on these potential earnings, together with ultra-low interest rates, we consider the valuation of Japanese growth companies both interesting and attractive.

The dividend yield of the Japanese equity market is currently just under 2.5%, compared to a bond yield of approximately 0%. This differential is expected to continue into the coming quarters, resulting in increased investment in these equities by local investors. Despite this relatively solid foundation of domestic investment, major international investors may remain sceptical, as they have done so often in the past, regarding the development of the Japanese economy.

Therefore, we anticipate that institutional investors will not move significantly into the Japanese equity market, leaving plenty of room for undervalued opportunities.  It is perfectly reasonable, that the current, virus-induced, negative outlook may dampen one’s initial enthusiasm to enter the Japanese market – especially now. After studying the real market data and analysing the potential for economic recovery, however, the solid performance and significant growth in turnover and company profits can lead to many positive surprises.

For those interested in exploring undervalued markets, Japanese growth stocks provide an interesting investment opportunity which can potentially become an attractive addition for diversified equity portfolios.

Catered to the needs of every generation.

This website uses cookies to improve your experience while you navigate through the website. Out of these cookies, the cookies that are categorized as necessary are stored on your browser as they are essential for the working of basic functionalities of the website. We also use third-party cookies that help us analyze and understand how you use this website. These cookies will be stored in your browser only with your consent. You also have the option to opt-out of these cookies. But opting out of some of these cookies may have an effect on your browsing experience.
Necessary Always Enabled
Necessary cookies are absolutely essential for the website to function properly. This category only includes cookies that ensures basic functionalities and security features of the website. These cookies do not store any personal information.
Non-necessary
Any cookies that may not be particularly necessary for the website to function and is used specifically to collect user personal data via analytics, ads, other embedded contents are termed as non-necessary cookies. It is mandatory to procure user consent prior to running these cookies on your website.
SAVE & ACCEPT